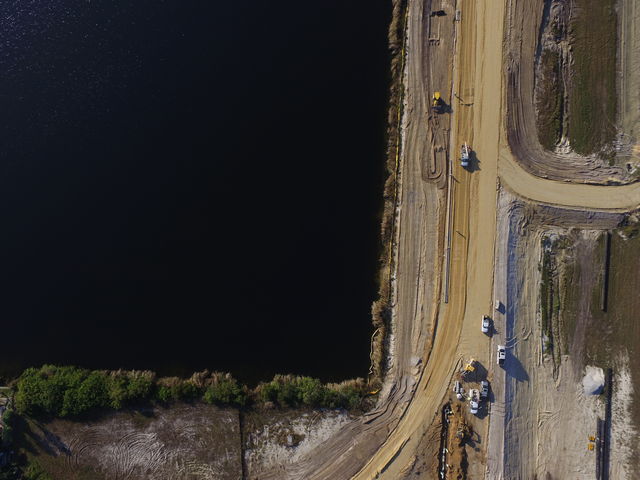 The History of Aerial Surveying and Mapping

Aerial Surveying and Mapping is older than you think.

Aerial surveying has played a central role in many construction and research industries for many generations. The collection of geomatics and related imagery still plays a central role in archaeology, land surveys, fishery surveys, transportation projects, mining, and industrial sites today. However, the procedures have evolved greatly over the years.

In truth, this comes as little surprise given the rate of technological advancement in the field of aviation. At the same time, experts had to adapt the processes to meet the demands of this growing technologies. These improvements came in the form of increased speed, accuracy, and cost-efficiency. Here’s a brief look at the key moments in the history of aerial surveying.

The Beginnings of Aerial Surveying

The concept of taking images from the skies actually stemmed from the 1800’s. French balloonist and photographer Gaspard-Félix Tournachon completed the first recorded assignment in 1858, capturing photos over Paris. The phenomenon soon spread across the Atlantic. How quickly did it spread? Images over Boston were taken in 1860. It took two years for a new technology to hop continents at a time before the light bulb was created!

By 1882, British meteorologist E.D. Archibald discovered the idea of surveying an area from above without sending a human to the skies. Using a kite, E.D. Archibald pioneered the first unmanned aerial photography system. Heading into the early parts of the 20th century, the concept of unmanned photography took off. German engineer Alfred Maul used a gunpowder rocket to send a parachuted camera into the air before taking photos on its descent back to earth.

Used almost exclusively for artistic and documentary purposes in the 19th century, aerial photography soon evolved into a new form of mapping. The technique of using aerial photography to support ground surveys grew in the early parts of the 20th century. With the advent of World War I aerial mapping became an essential tool. The French reconnaissance could track enemy positions with camera-fitted planes. They then printed and sent the images to ground forces.

By World War II, the technology progressed significantly. More advanced cameras came on to the scene. A wide range of aircraft were equipped with cutting edge sensors. Planes even started recording video. The images appeared in the media and were also used as vital intelligence on the battlefield. At this time, U.S. experts developed the TDR-1 assault drone. Though it was equipped with weaponry rather than cameras, it would be instrumental in the furtherance of unmanned flight.

Following the end of World War II, aerial photography was used to aid land surveys for construction projects and public projects. However, the idea of capturing images from above the earth was quite literally skyrocketing as the Race to Space became a major issue. The photos taken from spacecraft looking down on earth stood out as the most awe-inspiring photos ever taken.

Images from space have since become a natural part of modern life, being used for weather forecasting and surveillance among various other activities. In addition to satellites orbiting the earth, aerial surveying data can be gathered from cameras fitted to skyscrapers, masts, and more. With each passing decade, the quality of images and reliability of the technology grows at a rapid pace.

Drone Technologies are Introduced to the Market

The idea of using aircraft had been around for decades by the 1980s. Similarly, the concept of using unmanned drones had existed for a long time, starting with the TDR-1 in WWII. Rather than full-size aircraft, modern drones using scaled-down tech is a common feature. During the 1980s and 1990s we see wars and global conflicts once again catalyzing  development. The first Gulf War, Iraq war, and Afghanistan war all used drone technologies to monitor soldiers with surveying, stills, and videos.

While military operations remained the main beneficiaries of the most advanced technologies, growing accessibility allowed experts in a range of industries to use aerial surveying for building projects and site surveys. By this time, the use of balloons, kites, and other methods discovered in the 19th century and early parts of the 20th century had become virtually obsolete – although some hobbyists kept the ideas alive.

By the start of the 21st century, it became clear that drone tech would soon become accessible to the general public. While it still took almost 20 years for that to happen, it is now possible for hobbyists and amateur filmmakers to secure good pictures and footage from up high. The technology is affordable even for recreational use.

On a commercial level, the technology has opened up a plethora of new options for experts in aerial surveying. In addition to getting orthomosaic or oblique views, the evolution now enables professionals to;

How Surveying and Mapping Benefits from Aerial Innovation

Crucially, the quality of aerial surveying allows for greater speeds, accuracy, and cost-efficiency than ever before. When the technology is used by experienced technicians, it delivers stunning results time and time again. This ensures that clients projects have the very best planning documents.

As such, over the past 170 years or so, aerial surveying has transformed. Originally an artistic endeavor, it evolved into one that can be used for a range of advanced matters, including; stockpile volume calculations, inventory asset calculations, storm water and drainage management, landfill management, large earth work management, beach and jetty as built and planning, golf course design survey, mining and metals surveys, energy and gas infrastructure surveys, and more.

In many of those assignments, it’s now almost unheard of to complete the job without drones and other aerial footage. Given the rapid growth, particularly in the last two or three decades, it’ll be amazing to witness the developments to come. Whatever happens, the influence of aerial surveying is set to stay.

Our company specializes in aerial surveying and mapping using drones. Our cutting edge equipment and software allows us to rapid transform survey data into actionable deliverables our clients use to efficiently run their business and projects.

To schedule a survey contact us by using the button below.

How to measure stockpile inventory in construction